Department of Energy and Environmental Protection Agency officials are also guaranteeing that the Waste Isolation Pilot Plant (WIPP) in southeast New Mexico will not release larger amounts of radiation for 10,000 yrs from the time that WIPP closes. Before recent events, WIPP was to end operations in the 2030 to 2035 timeframe when the last underground waste panel was full of nuclear weapons generated transuranic waste. Then there will be a 5-10 year period where it will be filled in and closed.

This 10,000-year guarantee is reevaluated and recertified every 5 years during a Compliance Recertification Application (CRA) process. EPA, has a unique authority – included in the WIPP Land Withdrawal Act – regarding radiation. EPA could deny certification and close WIPP down.  EPA last recertified WIPP in November 2010. The recertification decision is not subject to judicial review.

The protection requirement focuses on the annual radiation dose to a person living on the surface just outside the WIPP Land Withdrawal Act (LWA) boundary. In particular, the LWA requires that the “WIPP be constructed in such a manner as to provide a reasonable expectation that, for 10,000 years after disposal, undisturbed performance of the disposal system will not cause the annual committed effective dose equivalent (hereafter called “dose”) to exceed 15 millirems (mrem) (150 microsieverts) to any member of the public in the accessible environment.” (Pg. 55-1)

The difference this go ‘round is that a waste drum, improperly packaged at Los Alamos National Laboratory, released radiation and contaminated 21 workers at WIPP in February 2014.  WIPP has been closed since then. Hundreds of similarly improperly packaged drums are still in the underground at WIPP.

But wait, due to the CRA cycle, input data for this CRA was cut off in December 2012. It is unclear how information from the 2014 accident will impact this CRA. What is WIPP but the sum of all its operations? But DOE claims that current operations will not cause any radiation releases for the 10,000 years after WIPP closes.

How can such a claim be made? DOE uses computer modeling to do a Performance Assessment (PA). DOE claims that the information can be boiled down to a simple chart.

I can’t explain it but I was assured that that the 2014 CRA showed that WIPP was safer for 10,000 years than the 2009 CRA showed. (The solid 2014 curve is farther away the notched “Release Limits” line than the dashed red 2009 curve.) Image that – WIPP allegedly got safer in the last 5 years.

I guess the good news is that DOE and EPA are thinking about 10,000 years. The bad news is that we have to. We cannot continue to generate this waste that is only safe into the future because some software deems it so. The existing radioactive waste should be monitored and stored as close to the generating site, as safely as possible, where it was generated.

The radioactive isotope of the transuranic waste in WIPP is mostly plutonium 239. Plutonium 239 has a half-life of 24,000 yrs – more than twice the time addressed in this assessment.

Thanks to all who came out to the WIPP/EPA meetings last Wednesday, June 17.  And thanks for your concern in this important issue.

There is a video of the evening session comments.

All the Compliance Recertification Application documents are here

EPA must consider including all aspects of the Feb 2014 accident in this CRA.

EPA must forward all public comments to DOE for an official response.

EPA must re-inspect LANL before it can ship to WIPP.

EPA should re-inspect and approve all waste generating sites related to waste characterization before allowing WIPP to reopen.

Do not recertify WIPP until an independent qualified organization (independent of DOE, DOE con) provides an analysis that WIPP operation meets the intents and the promises made to New Mexico, is compliant with all statutory and regulatory requirements. 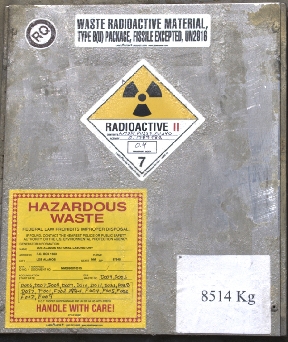