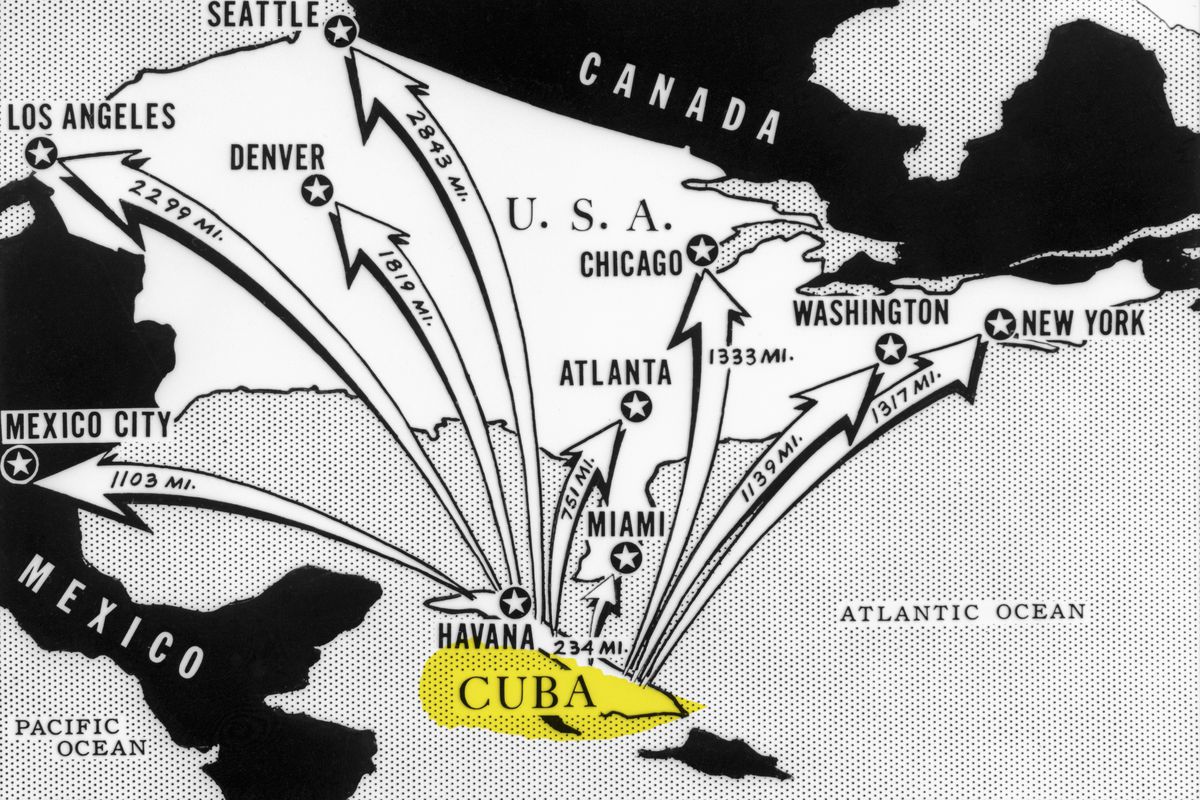 By: Sophia Stroud | October 27, 2022
The 60th anniversary of the Cuban Missile Crisis this year coincides with a world again in a moment of impeding nuclear conflict with the perilous escalation of the situation in Ukraine. The Cuban Missile Crisis has been viewed as the defining confrontation of the modern age, the world’s closest brush with nuclear annihilation, until now. But “the war in Ukraine presents perils of at least equal magnitude.” The world is again on the brink of nuclear war. Russian Foreign Minister Sergey Lavrov has said bluntly “there are ‘similarities’ [of the Ukraine War] to the Cuban crisis,” mainly because Russia was now threatened by Western weapons in Ukraine. But how can we get a deeper understanding besides this surface comparison? Now seems like a good time to analyze, not what the lessons of the Cuban missile crisis are for us now, but what, if anything, have we learned from these lessons that we have supposedly have already identified by now, far past half a century later? Have these lessons really taught us anything or are “the Lessons of the Cuban Missile Crisis [Actually] Pretty Useless Right Now“?

The article linked above claims “The lessons of the Cuban missile crisis are more fitting for a Russian leader who realizes his mistake and wants peace,” and that’s most certainly not Russian President Vladimir Putin. That in this case, today, “there’s not much room here for face-saving compromises.”

Putin warned recently in a public speech that should Western forces endanger the “integrity” of Russian territory — which, as Putin defines it, may now include the four regions of Ukraine that he illegally annexed — “we will certainly use all the means at our disposal.” He added, “This is not a bluff.”

In response, President Biden warned that Mr. Putin’s threats could devolve into a nuclear conflict, saying: “We have not faced the prospect of Armageddon since Kennedy and the Cuban missile crisis.”

The cuban missile crisis was resolved with willpower, diplomacy, negotiations, and compromise.

“But that fact became the biggest secret of this near-catastrophic episode.”

To avoid nuclear war, Kennedy had secretly adopted sage advice to pull U.S. nuclear missiles from Turkey in exchange for the withdrawal of Soviet missiles from Cuba. “To guard that secret, the White House spun the narrative that the Soviets had retreated in the face of the Kennedy administration’s steely resolve.

The opening line in the Saturday Evening Post story, attributed to Rusk—“We’re eyeball to eyeball, and I think the other fellow just blinked”—immediately became the iconic summary of how the crisis concluded. As missile crisis historian Sheldon Stern observed, the article “squared perfectly with the emerging administration cover story that the president had rejected a Cuba-Turkey missile trade and had forced the Soviets to back down.”

In distorting history by adopting this secret fiction as truth, the White House further distanced itself from the reality of how nuclear war was avoided and the crisis ended.”

In moving forward, is evasion and dissimulation the answer? Is clandestineness the lesson for the future we should have learned by now? As Russia and the World proceed up an escalatory ladder, mistakes become increasingly likely — as the Cuban missile crisis made clear.

“In a conventional war, it is possible for political leaders to make significant mistakes and for the human race to survive, battered but intact. In a nuclear standoff, even a minor misunderstanding or miscommunication can have catastrophic consequences.”

“Prior to the missile crisis, Kennedy and Khrushchev developed a back channel in which they exchanged private letters. During the crisis, U.S. Attorney General Robert Kennedy communicated secret messages from his brother the president to Khrushchev through the Soviet ambassador in Washington, Anatoly Dobrynin, including the terms of a secret deal that led to peaceful resolution of the crisis.

Six decades on, the Cuban missile crisis remains a pivotal moment in arms control. Given the nightmare that could have been, the world can be grateful for generations of effort that literally bent this arc of history. Yet, given the pressures for further proliferation of nuclear weapons resulting from the lessons leaders are now drawing from Russia’s war against Ukraine, as well as the U.S. invasion of Iraq in 2003 and the toppling of Libyan leader Moammar Gaddafi in 2011, sustaining this success will require another burst of strategic imagination and relentless effort in the decades ahead.”