On January 9, 2023, the small island country of Djibouti became the 92nd country to sign the Treaty on the Prohibition of Nuclear Weapons (TPNW). Djibouti voted in favor of the treaty at the treaty negotiations in 2017 and is the latest country to finally sign it. Another 30 countries voted for the treaty and have not yet signed it, while 27 countries have signed the treaty but are still going through the ratification process.

Djibouti is now committed to a swift ratification process, so it can join the 68 countries who have signed and fully ratified the TPNW, putting the treaty’s prohibitions into effect in those countries. Djibouti is also calling on all countries who have not yet done so to sign and ratify the treaty. A UN General Assembly resolution passed in December 2022 called on all states to sign, ratify, or accede to the TPNW “at the earliest possible date”. 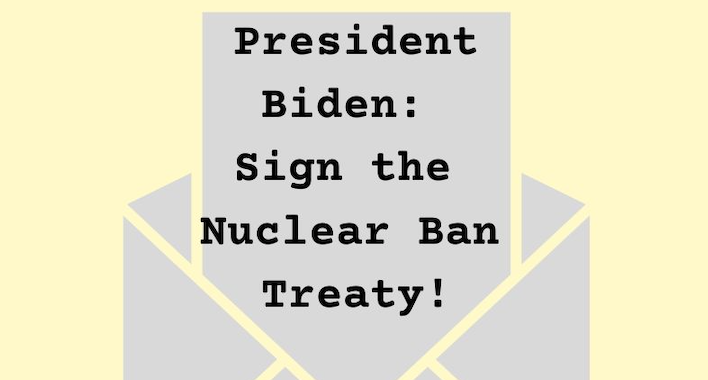 To send this to Biden as an individual, click here