“Germany’s move [planning to to attend the meeting as an observer] has put Japan — which has stated it aspires to a world free of nuclear weapons as the only country to have suffered the devastation of atomic bombings — in the spotlight. Both countries are key U.S. allies that rely on American nuclear forces for protection.”

The United States has urged Japan not to attend as an observer the first meeting of signatories to a U.N. treaty banning nuclear weapons, according to U.S. government sources, reflecting Washington’s opposition to the pact.

The Japanese government has suggested it will come into line with the United States and take a cautious approach to the issue, the sources said. Prime Minister Fumio Kishida told a parliamentary committee on Thursday that Tokyo has no “concrete plans” to attend the meeting as an observer.

The sources said the U.S. administration of President Joe Biden made the request to Japan through diplomatic channels after German political parties announced Nov. 24 that the deal for the new ruling coalition included taking part as an observer at the meeting scheduled for March in Vienna.

Maybe because of the request, Kishida also suggested last week that participation in the meeting would be premature “before building a relationship of trust with President Biden.” 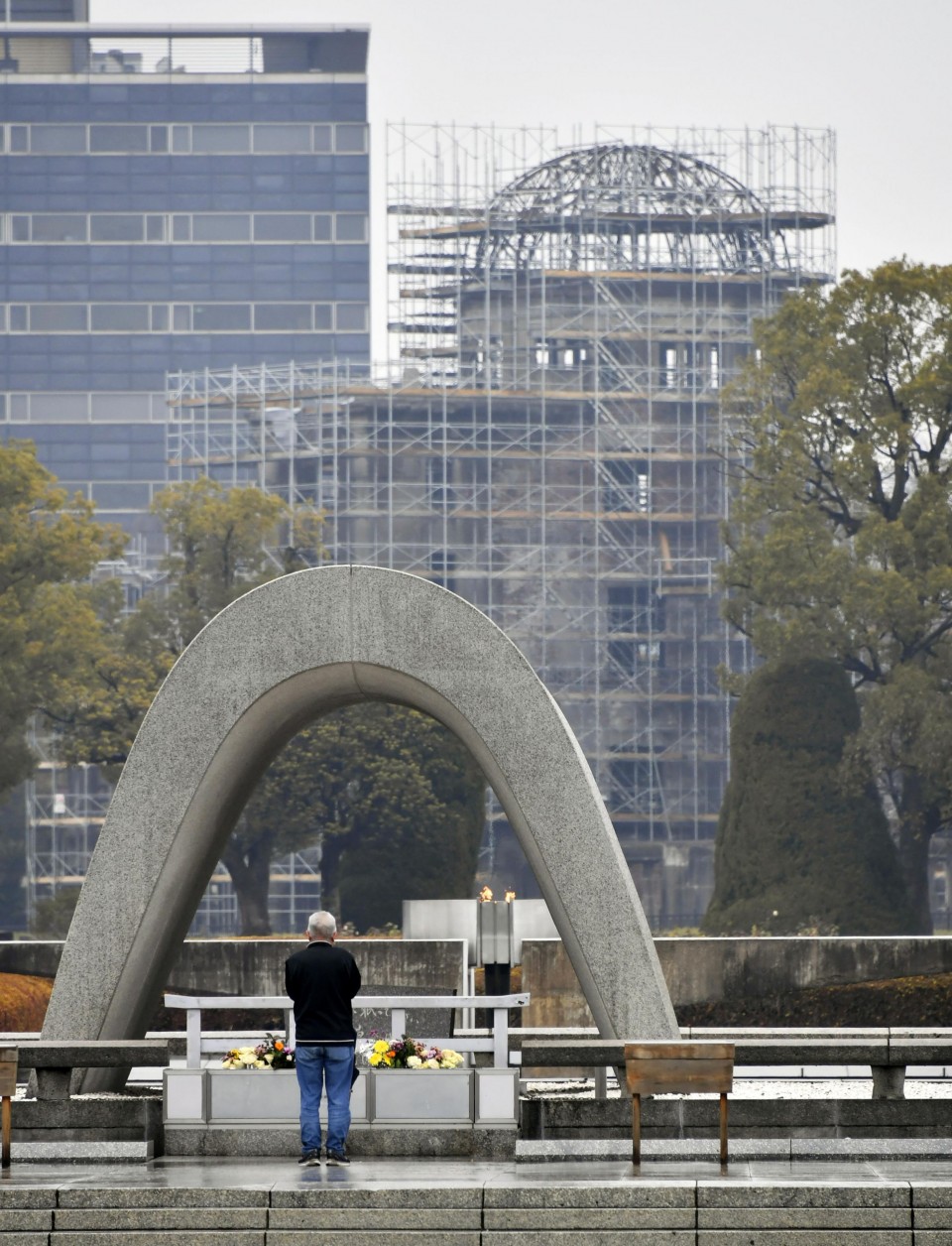 Germany’s move has put Japan — which has stated it aspires to a world free of nuclear weapons as the only country to have suffered the devastation of atomic bombings — in the spotlight. Both countries are key U.S. allies that rely on American nuclear forces for protection.

The U.S. government has maintained its opposition to the Treaty on the Prohibition of Nuclear Weapons, which entered into force in January this year, even as Biden has pledged to strive for a world without nuclear weapons.

Washington believes an outright ban on nuclear weapons in the absence of any promises from nuclear-armed states would not produce substantial progress toward disarmament. Meanwhile, the United States has committed to obligations under the 1970 Nuclear Non-Proliferation Treaty that has led to incremental disarmament efforts.

“We categorically reject any claim that it (the nuclear ban treaty) would contribute to…the stated goal that’s at the heart of the treaty,” State Department spokesman Ned Price told a press conference on Monday.

Price refrained from commenting on whether Washington made any request to Japan on the Vienna meeting, saying he has nothing to share on “any private discussions” that may occur between the U.S. government and its allies.

According to the sources, the U.S. government is also calling on the new three-party German government, launched in December, to give up on the idea of taking part in the March 22-24 meeting in Vienna.

As a member of the North Atlantic Treaty Organization, Germany hosts U.S. nuclear weapons on its territory and maintains a fleet of fighter jets capable of delivering them. The three parties have committed to remaining in NATO’s so-called nuclear-sharing arrangement.

Price emphasized that the U.S. objection to the nuclear ban treaty has “spanned administrations” and is “shared” by all other nuclear weapons states and NATO allies as well.

The new U.N. treaty completely outlaws the development, testing, possession and use of nuclear weapons. It only binds states that have formally signed and ratified it.

More than 50 countries, including Austria, Malaysia, Mexico, New Zealand, the Philippines, South Africa and Vietnam, have ratified the pact, according to the website of the U.N. Office for Disarmament Affairs.

But nuclear weapon states, including the United States, Russia and China, are not signatories. Japan has also refrained from signing the pact in consideration of its long-standing security alliance with the United States.